Judo school for children in Kyiv

The judo school is a kind of temple of the Japanese martial art teaching to fight without attack. This sport attracts not only adults but also children. It is judo, as a skill to control one’s own physical strength that psychologists often recommend to adolescents prone to unbridled aggression. 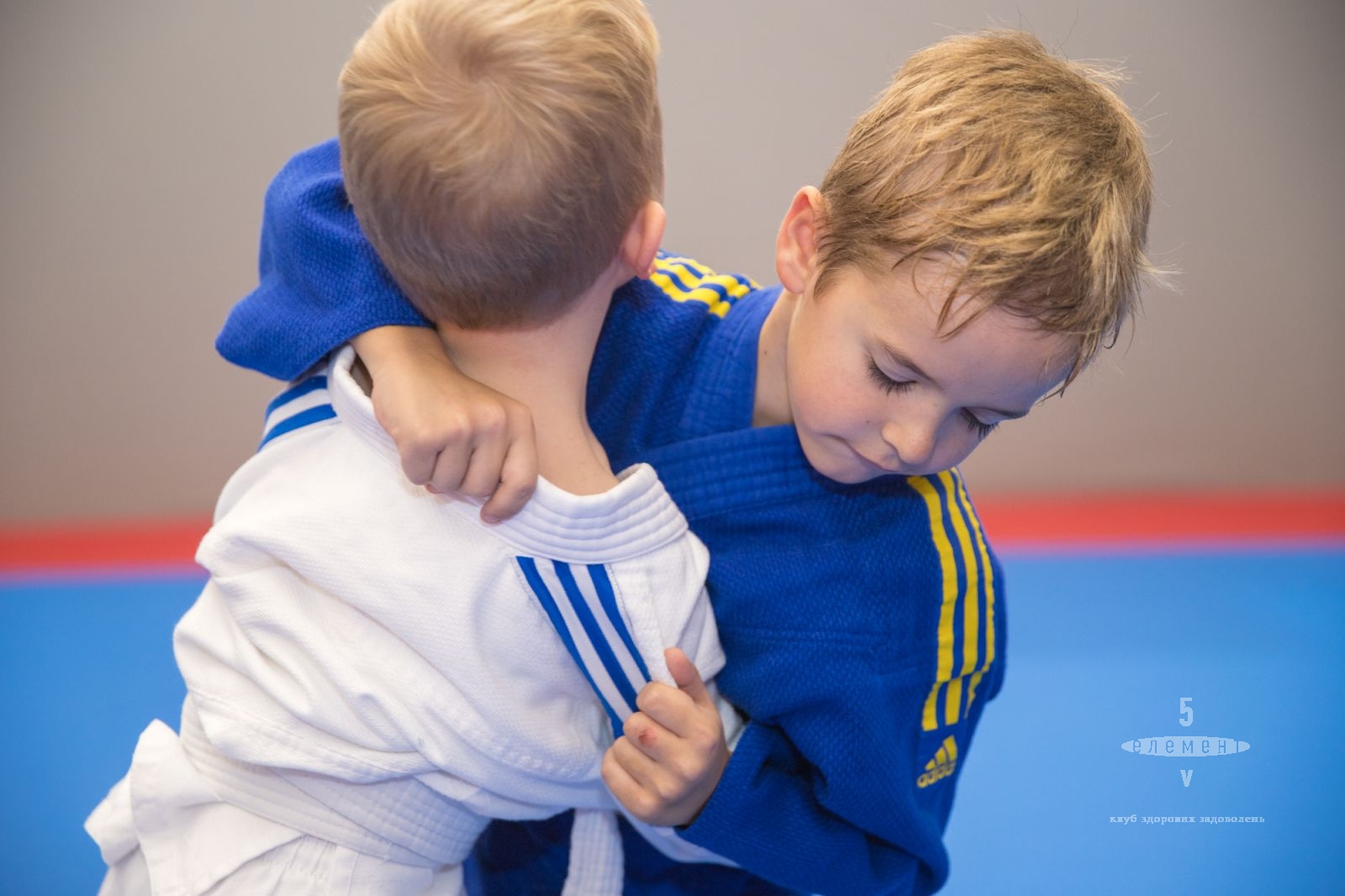 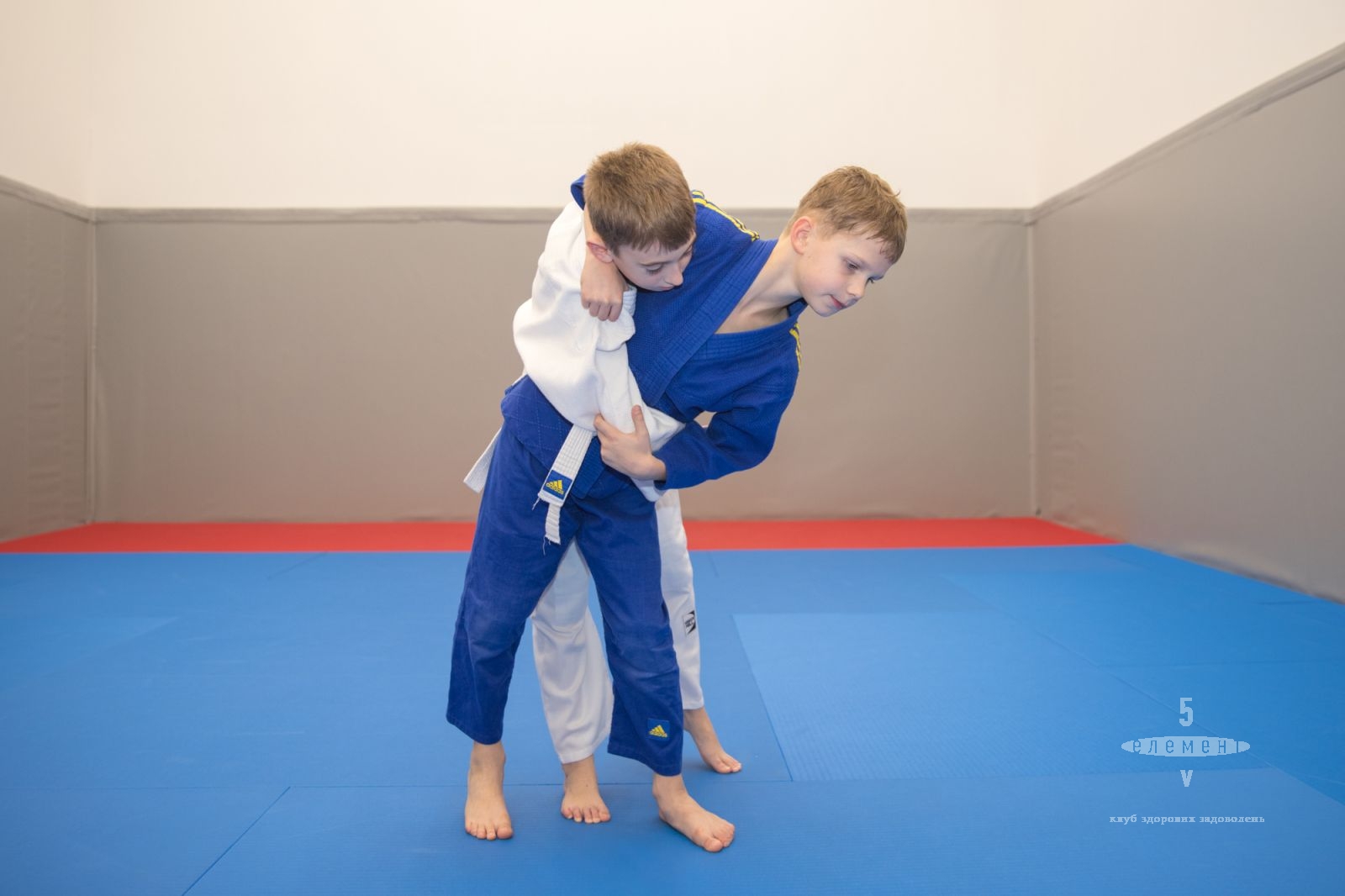 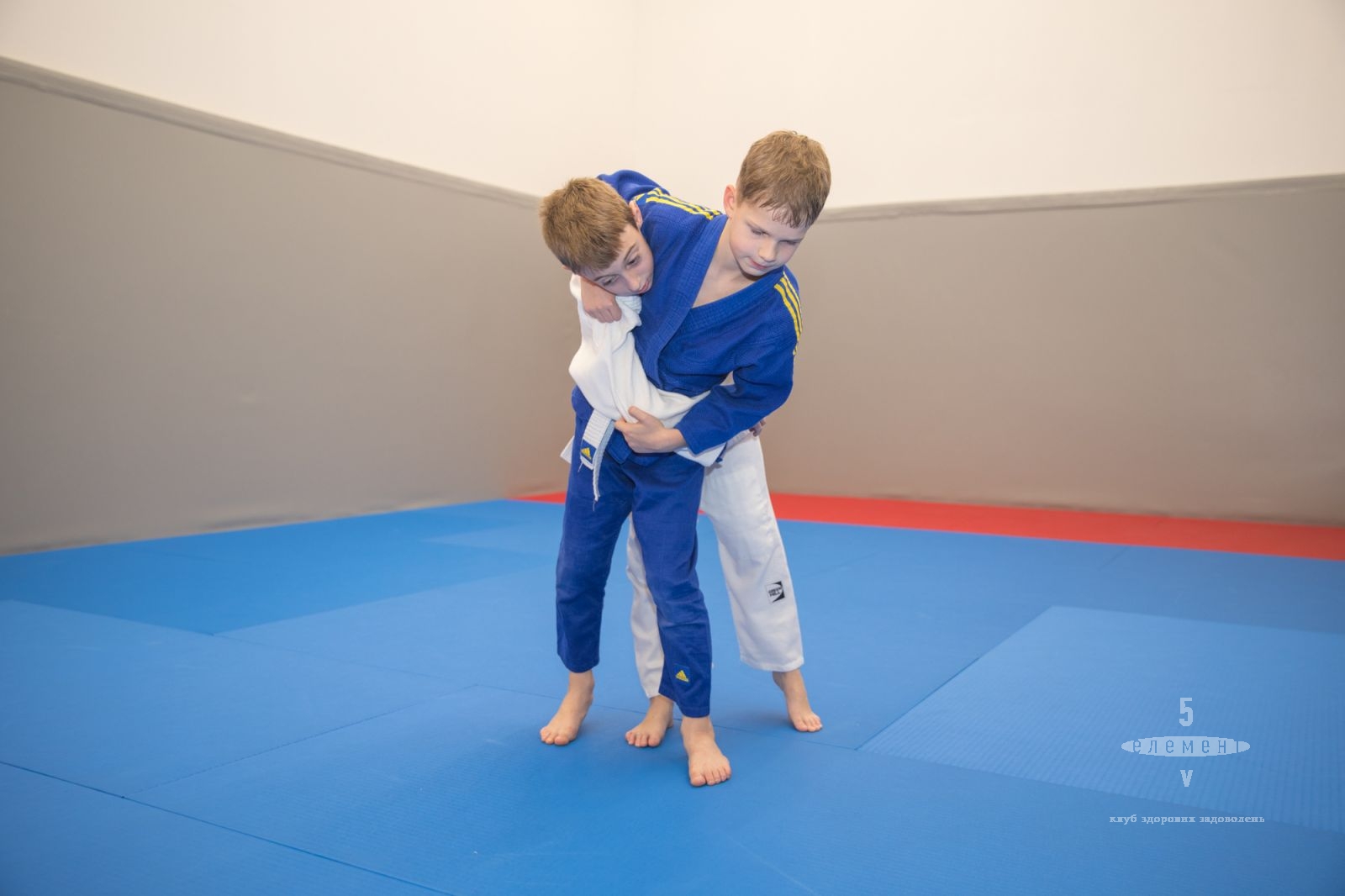 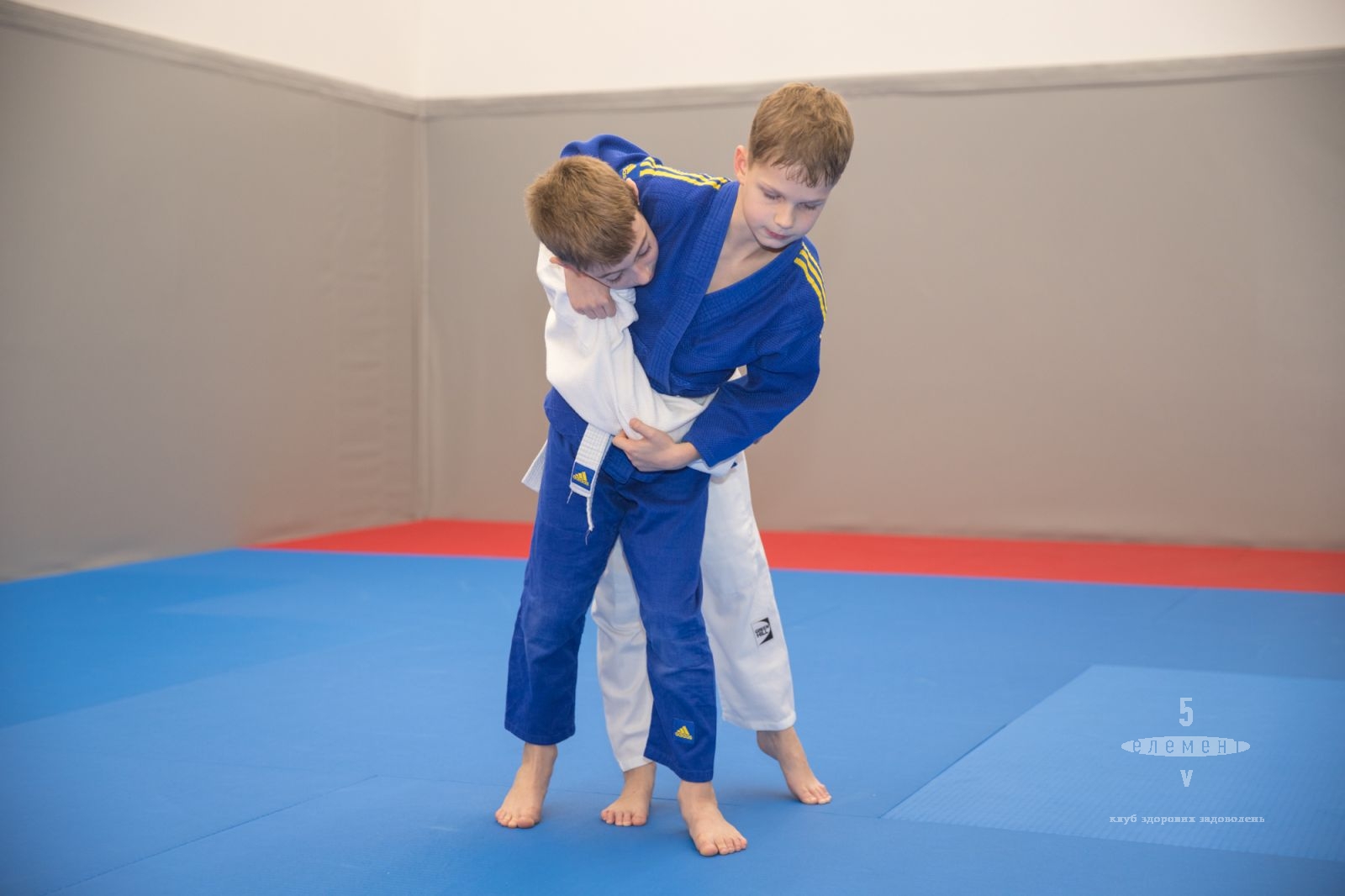 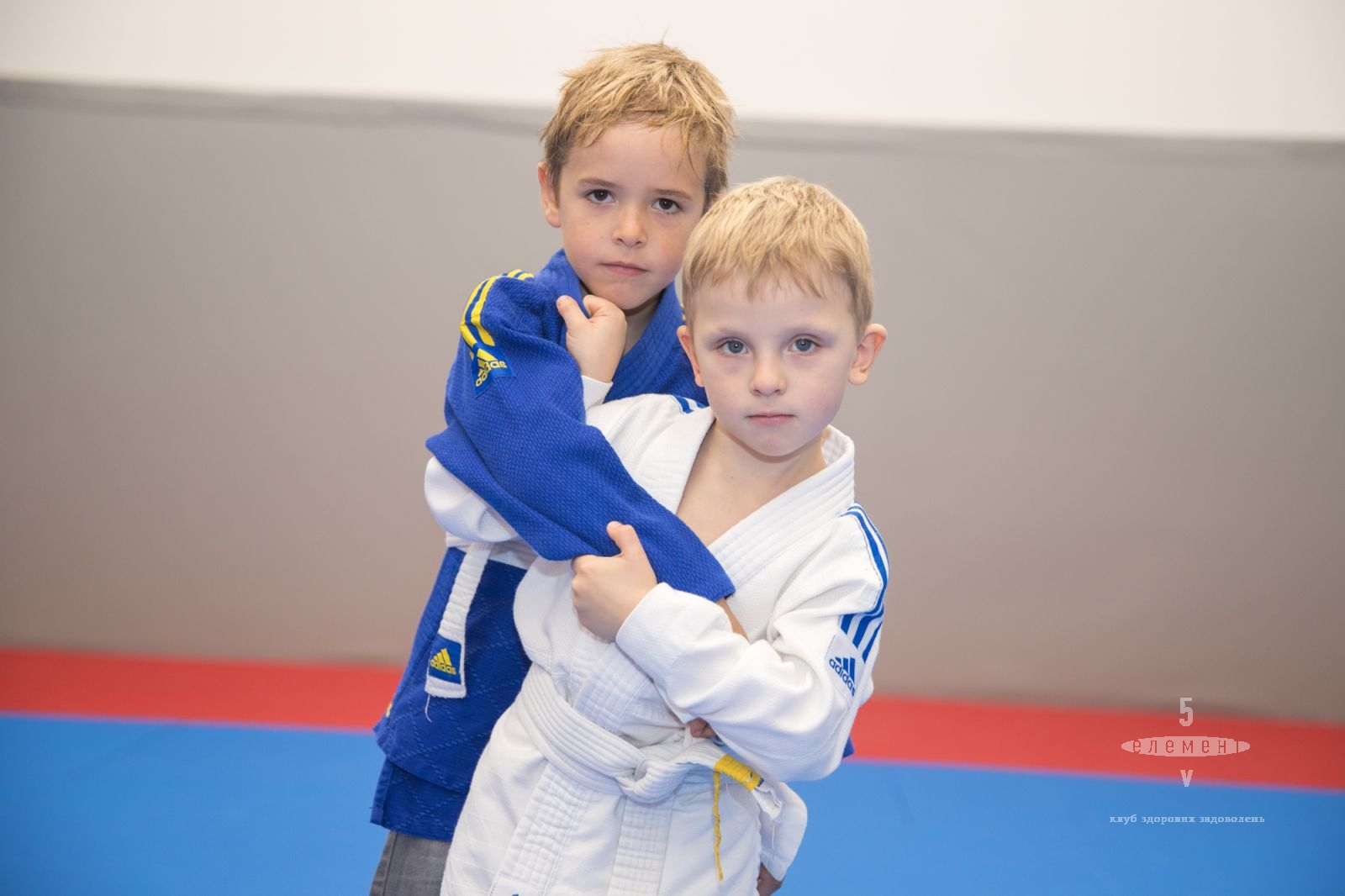 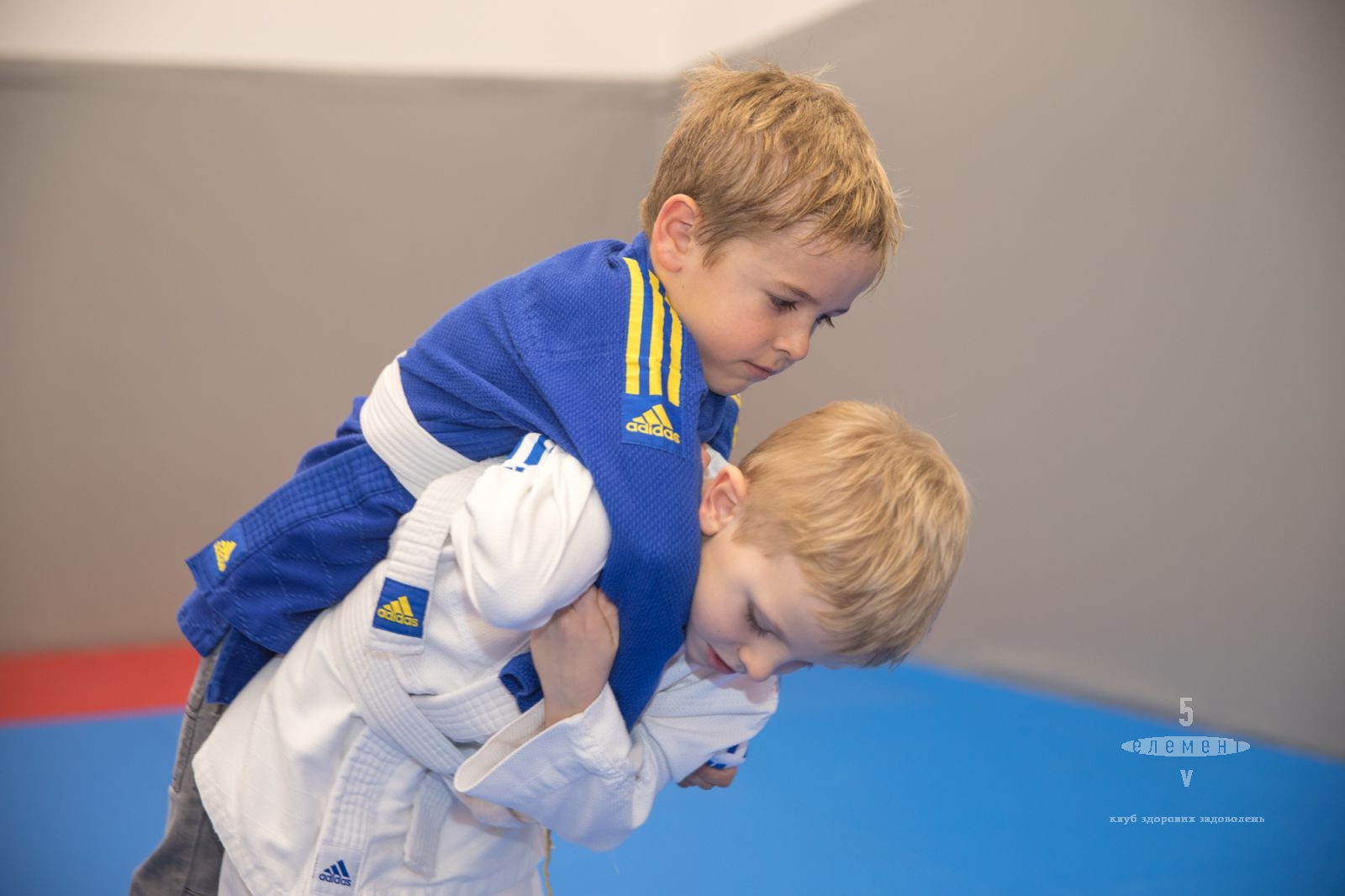 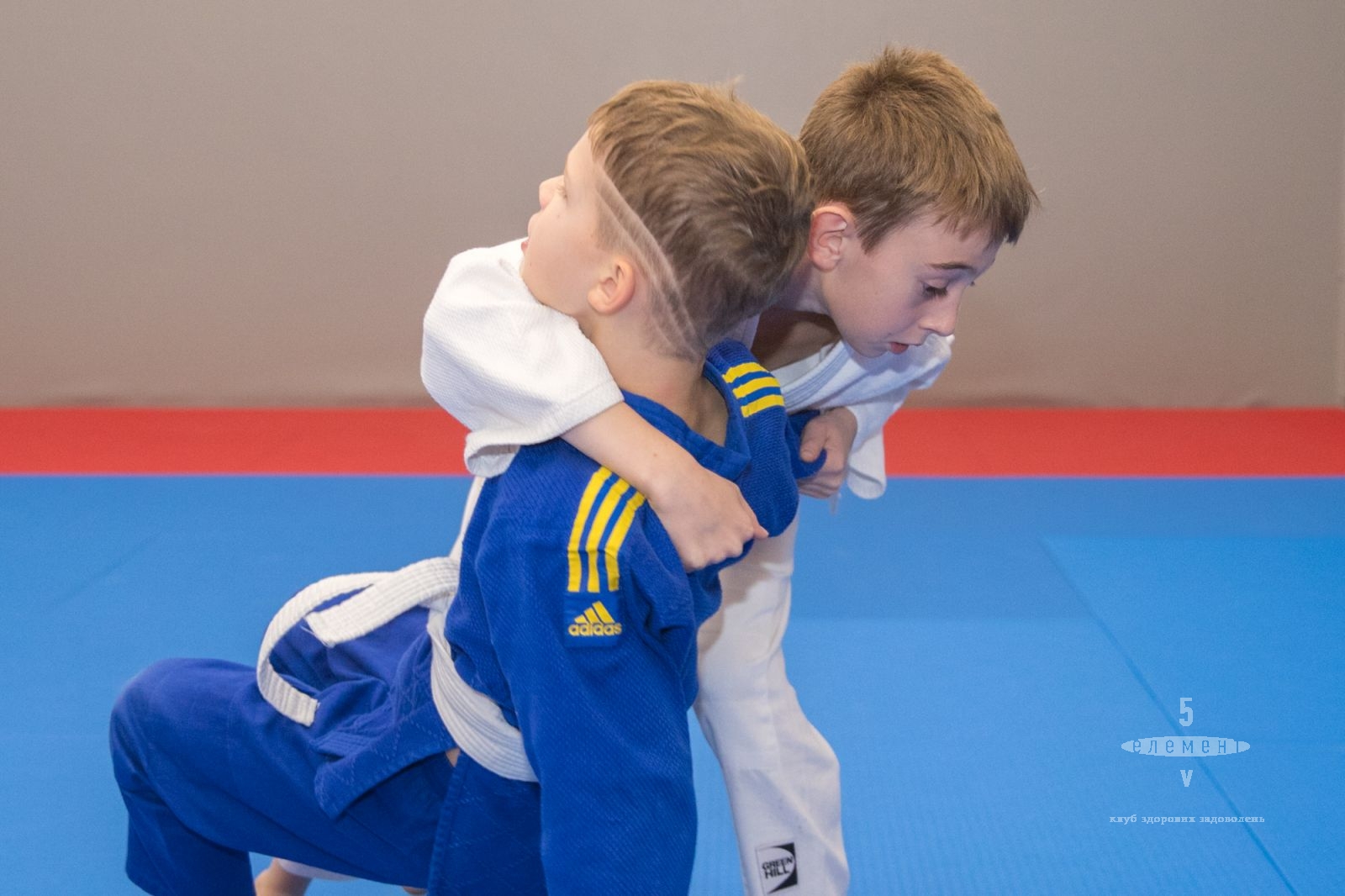 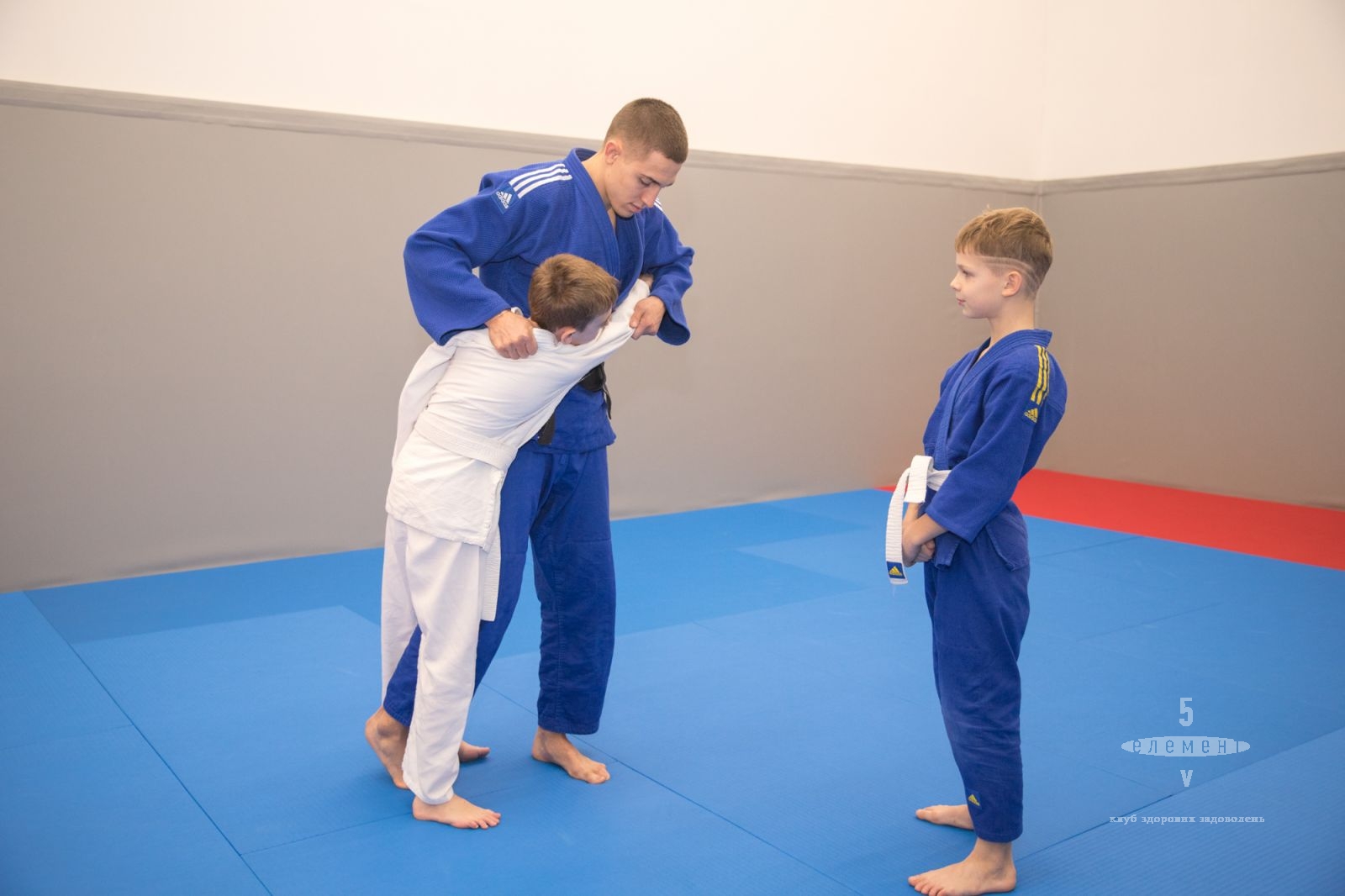 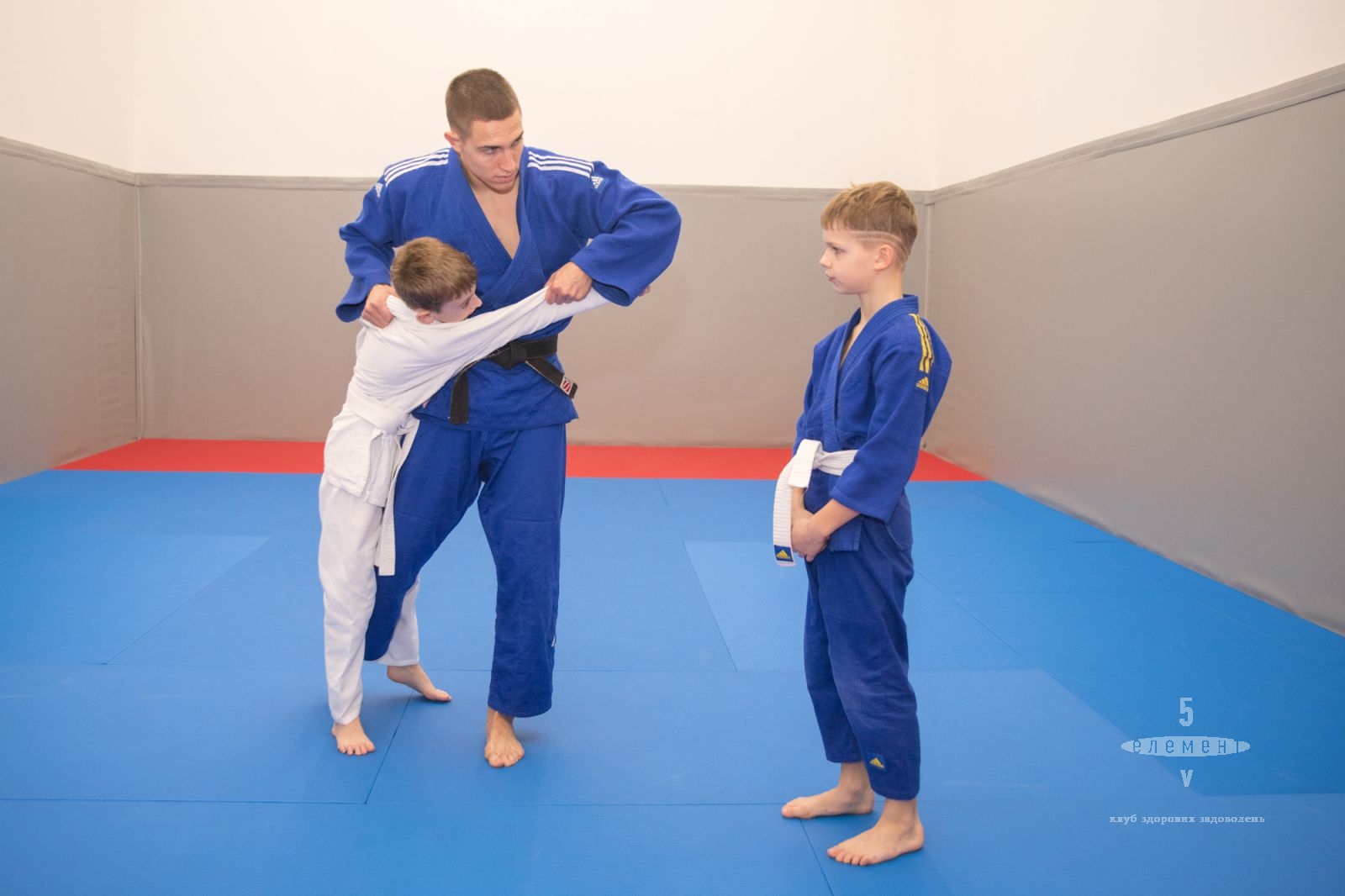 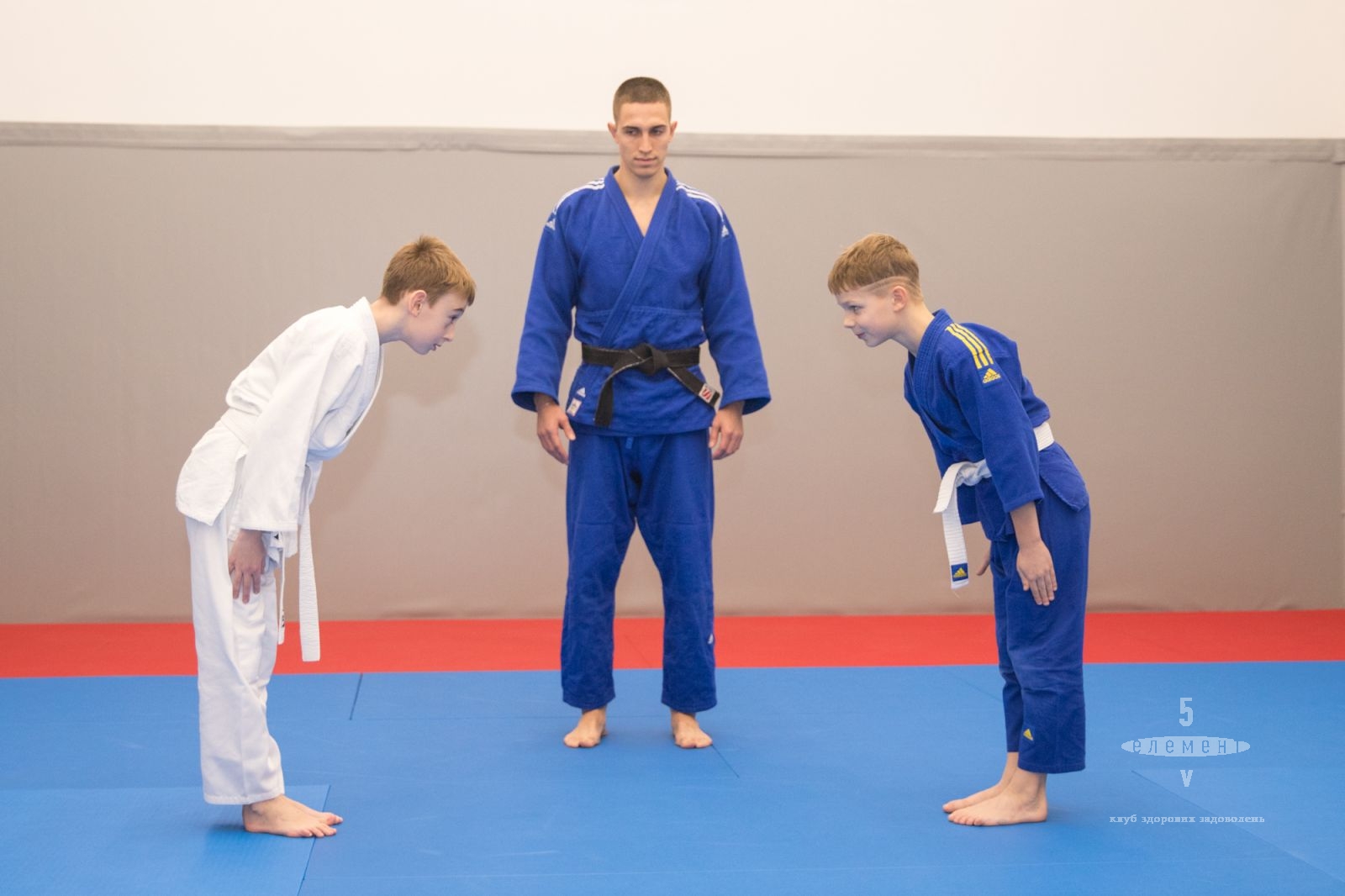 The judo school is a kind of temple of the Japanese martial art teaching to fight without attack. This sport attracts not only adults but also children. It is judo, as a skill to control one’s own physical strength, that psychologists often recommend to adolescents prone to unbridled aggression.

Ethnic martial art brings up a real “warrior” in a small personality, strong not only physically, but also in spirit. Children’s judo develops positive moral qualities in a child, strengthening his character and fostering the will to an honest victory.

A professional judo section for children and adolescents works in Kyiv on the basis of an elite fitness club “5th Element”, whose representatives will be happy to tell you about the schedule of a children’s judo school. It’s fashionable to be strong and healthy!

Judo for children: for whom and at what age?

Judo training for children is based on the main idea of this sport, which in Japanese means “soft path”, it is important not so much strength and the ability to defeat an opponent, but flexibility, dexterity and intuition. According to Jigoro Kano, the creator of the popular type of martial arts, in order to win in judo, one must ... succumb.

It is possible to study a soft, shock-free sport, suitable for both boys and girls, from the age of 4 in the absence of medical contraindications. An early start on the combat path will benefit the child: he will learn to control his energy and give it the right direction.

Enrollment in a children’s judo school is also recommended for people learning self-defense skills and developing the qualities of a leader. The timid will acquire courage, the weak - strength and courage, the shy - self-confidence.

Strict rules of training (as well as the unconditional authority of the coach) bring up in the kid such qualities as discipline, responsibility for oneself and a partner, and a sense of justice. And also a judo school for children is an opportunity to make real interesting friends.

Features of classes in a children’s judo school

In the early stages (4-7 years old), judo lessons for children are of a general developmental nature. Tasks of the trainer: physical fitness of the child, as well as the cultivation of interest in Japanese martial art. Toddlers learn a few simple techniques and learn the ceremonial preparation and conduct of combat.

A real judo school begins at the age of 7-9 - the age the child becomes more collected, purposeful and begins to realize the main meaning of the chosen sport.

Children’s judo contributes to the formation of a number of qualities that will be useful to a person in adulthood. It is about:

From the point of view of physical development, a professional judo school in Kiev is an opportunity to strengthen the health of your beloved child. As a result of regular training under the guidance of a highly qualified mentor, musculoskeletal tissues are strengthened, and posture develops correctly. As a result of balanced physical activity, the risk of developing cardiovascular pathologies and respiratory diseases is reduced.

• self-defense skills and the ability to defend oneself in an unforeseen situation (primarily relevant for girls);

• flexibility of mind, dexterity, analytical skills, building a strategy of the opponent’s behavior;

• control of emotions, the ability to adequately perceive their loss and the victory of a competitor (rival).

Judo is recommended for overweight children, as it is an effective means of preventing and combating early obesity.

Get the consultation
More about classes

Frequently asked questions about the Judo school for children in Kyiv

Judo school for children in Kyiv in the "5 Element" club - it is relaxation and taking care of your body. Here you can relax and take time for yourself.

⭐️ Judo school for children in Kyiv — order a subscription

Judo school for children in Kyiv — You can order a subscription to the fitness club "5 Element" on the website in the menu section "Club cards".

🎫 Judo school for children in Kyiv — service at the highest level is guaranteed!

Judo school for children in Kyiv — visit and see the best service in town.

You can get acquainted with all the news of the club on the website in the section "News".
4.64 (6)
Прокомментируйте первым